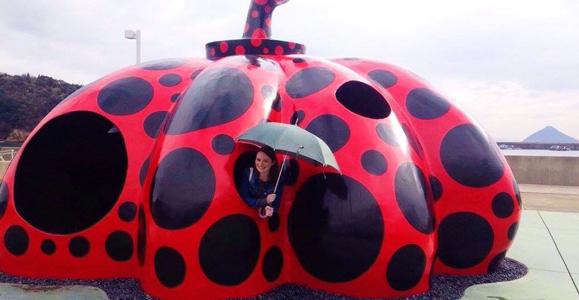 Chevening welcomes one of its newest programme officers. Here, we find out a little more about Sophie…

Chevening: Hi Sophie, so firstly, can you tell us more about the giant pumpkin that you’re leaning out of?

It’s a giant pumpkin sculpture on Naoshima, which is a tiny Japanese island famous for its art. It’s by Japanese artist and writer Yayoi Kusama.

What is your role at Chevening and what are your main responsibilities?

I manage scholars from five universities – LSE, the Architectural Association, Queen’s University Belfast, Ulster University, and the University of Reading. So far, my role has mainly involved guiding 2017/2018 scholars through the placement process. Soon, I’ll be organising and attending lots of events all over the UK, which I’m very excited about.

Immediately before I started working for Chevening I was an Admissions Officer at King’s College London. Before that I spent two years in Tokushima, Japan on the Japan Exchange and Teaching Programme. I spoke zero Japanese when I arrived there, so it was a very steep learning curve!

What’s been your favourite thing about working for Chevening so far?

Seeing how engaged our scholars are at our events! At the lecture I attended at Brunel University (which posed the question ‘can sport change the world?’), it was great to see how keen the scholars were and how each scholar brought a different perspective from their field of study and home country during the lecture’s question and answer session. 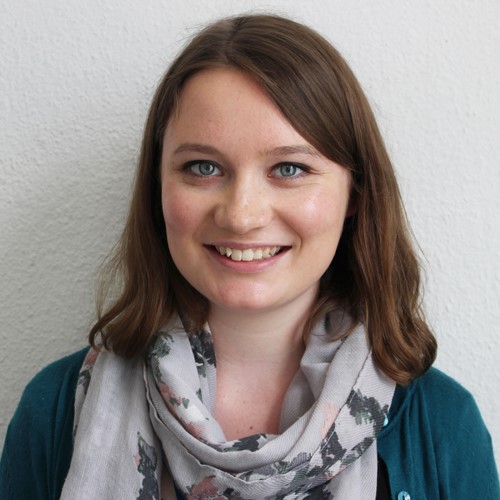 And what are you most looking forward to in the job?

Getting to explore more of the UK, definitely. It’s easy to overlook some great places when you’re in your home country, so I think seeing things from the scholars’ perspectives will give me a fresh take.

If you could go anywhere in the world for 24 hours, where would you go and why?

Back to Tokushima, Japan during the Awa Odori festival. Every August thousands of dancers and musicians fill the streets of the city. It’s a 400-year-old tradition and even though most of the dancers are from local community groups, the choreography and costumes are incredible.