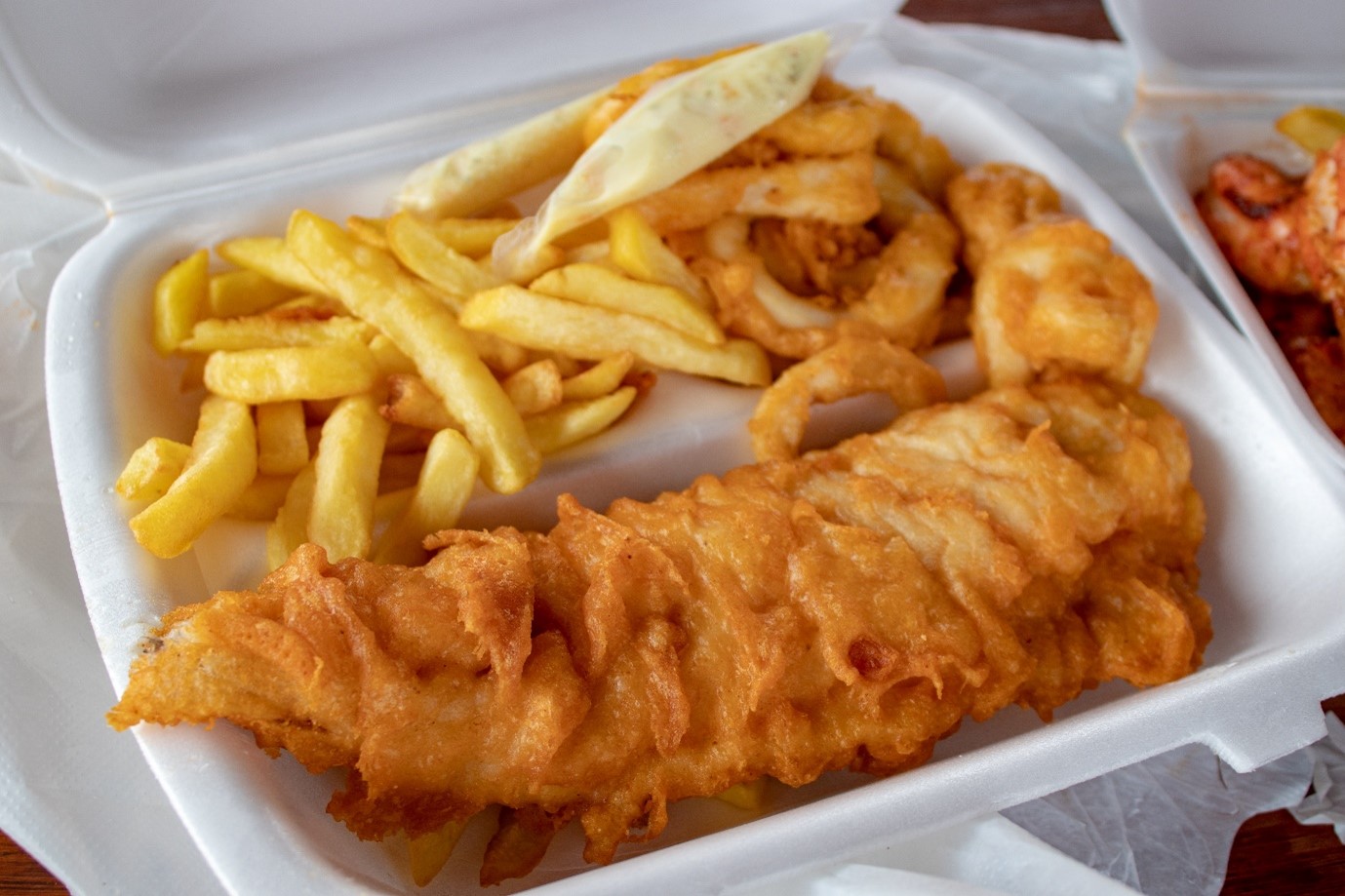 6 British dishes to try when you study in the UK

One of the best ways to explore a new country is through its food – here are our recommendations for British dishes you should try. 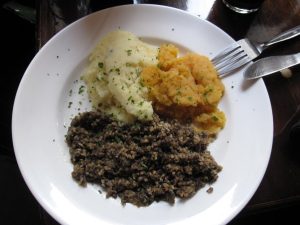 A Scottish staple, haggis is traditionally made from sheep’s heart, liver, lungs and kidneys, mixed with onions and oats.

That might not sound appetising, but it’s actually a delicacy, and you can now even find vegan haggis options!

Haggis is commonly served alongside “neeps and tatties” – or mashed swede and mashed potato – on Burns Night, the 25th January.

Burns Night celebrates the life of Scottish poet Robert Burns, most famous for writing the poem “Auld Lang Syne” that is sung on New Year’s Eve around the world. The celebrations wouldn’t be complete without a poetry reading, and Burns’ poem “Address to a Haggis” is traditionally read aloud during the meal. 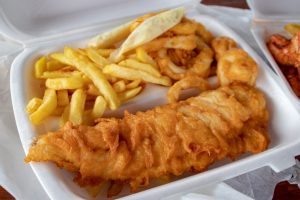 Fish and chips is a classic British dish and no high street is complete without a local chippy. However, you’d be surprised at the variation in fish and chips up and down the country!

In the South, you’re most likely to find cod inside the golden batter, usually eaten with ketchup or perhaps tartare sauce.

In the North, on the other hand, haddock is more common, with a variety of accompaniments including: 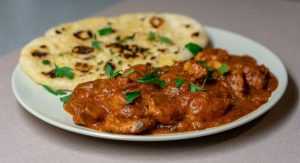 Indian cuisine has had a huge impact on British culture, and nowadays, Chicken Tikka Masala is as common a dish in Britain as fish and chips or a roast dinner. In fact, it’s widely considered the national dish!

The curry as we know it today is similar to a traditional Indian butter chicken, mild in spice and creamy in texture.

It’s rumoured to have originated in Glasgow, when a chef improvised a curry sauce using a tin of condensed tomato soup and spices. 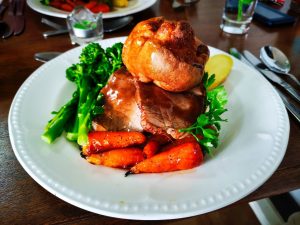 A roast dinner is one of Britain’s most famous dishes (and a particular favourite dish of the Chevening comms team!). On a Sunday, you’ll find most pubs overflowing with families and groups coming together for a traditional Sunday roast.

A roast dinner usually centres around a piece of meat, whether beef, lamb, chicken, pork, or even turkey (a favourite in Northern Ireland!).

Accompanying this, you will usually see roast potatoes, roast vegetables including carrots and broccoli, and Yorkshire Puddings, a baked pudding made using a batter of eggs, flour, and milk or water.

Top it off with gravy and a condiment of your choice – usually mustard with beef, mint sauce with lamb, or apple sauce with pork. Just don’t reach for the ketchup unless you’re feeling brave! 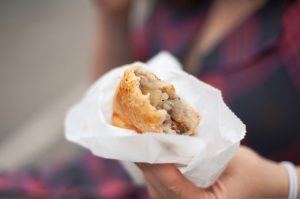 Cornish Pasties started life as portable lunches for tin miners, fishermen, and farmers in Cornwall, but they have since become a popular street and snack food across Britain.

A traditional Cornish pasty is made of delicious flaky pastry encasing a filling of beef, potato, onion, and swede.

Enjoy while picking your way along a pebble beach or as you dash from one sightseeing stop to another! 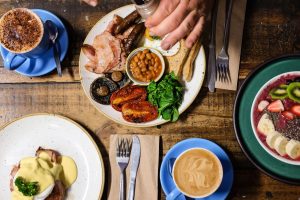 Finally, it’s time for one of the more controversial items on a traditional British menu: the English Breakfast.

Decadent and filling, a Full English frequently baffles tourists with the crowdedness of the plate, but there’s nothing better on a weekend morning than an old-fashioned fry-up.

Once you’ve tried all of these dishes, you’ll have experienced the beginnings of what British cuisine has to offer, but there’s still more to discover, not to mention the foods from all around the world you can find here.

Tag us in your favourite food images using @CheveningFCDO! 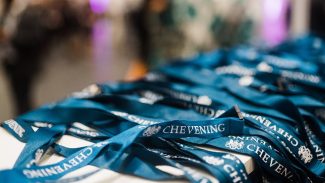 To help you when applying for Chevening, we’ve collated some of our independent reading committees best feedback and advice. 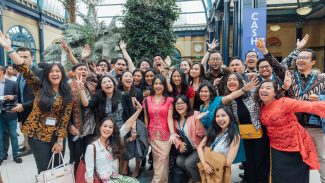 Why study in the UK?

Chevening Alumni share their advice for successfully applying to Chevening. In this article, we hear from Basma Taysir El Doukhi about how her UK study experience is advancing her career in building a better future for refugees and forcibly displaced communities. 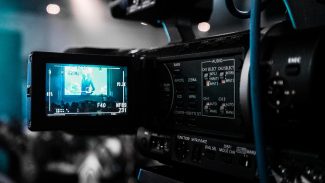 Getting to the interview stage of the Chevening application process is a significant achievement. What can you do now in preparation for acing the interview?